Submitted to STORMBRINGER by a woman!

WARNING : ONLY Read This When You Are Able To LAUGH OUT LOUD.


I went to Home Depot recently while not being altogether sure that course of action was a wise one.

You see, the previous evening I had prepared and consumed a massive quantity of my patented 'you're definitely going to shit yourself' road-kill chili. Tasty stuff, although hot to the point of being painful, which comes with a written guarantee from me that if you eat it, the next day both of your butt cheeks WILL fall off . . . 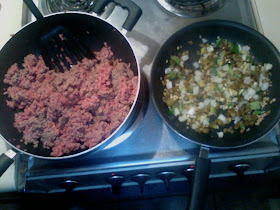 Here's the thing. I had awakened that morning, and even after two cups of coffee (and all of you know what I mean) nothing happened. No 'Watson's Movement . . . Despite the chillies swimming their way through my intestinal tract, I was unable to create the usual morning symphony referred to by my dear wife as 'thunder and lightning'.


Knowing that a time of reckoning HAD to come, yet not sure of just when, I bravely set off for Home Depot, my quest being paint and supplies to refinish the deck. Upon entering the store at first all seemed normal. I selected a cart and began pushing it about dropping items in for purchase. It wasn't until I was at the opposite end of the store from the toilets that the pain hit me.


Oh, don't look at me like you don't know what I'm talking about. I'm referring to that 'Uh, Oh, Shit, gotta go' pain that always seems to hit us at the wrong time. The thing is, this pain was different. The chillies from the night before were staging a revolt. In a mad rush for freedom they bullied their way through the small intestines, forcing their way into the large intestines, and before I could take one step in the direction of the toilets which would bring sweet relief, it happened. The chillies fired a warning shot.


There I stood, alone in the paint and stain section, suddenly enveloped in a toxic cloud the likes of which has never before been recorded. I was afraid to move for fear that more of this vile odor might escape me. Slowly, oh so slowly, the pressure seemed to leave the lower part of my body, and I began to move up the aisle and out of it, just as a red aproned clerk turned the corner and asked if I needed any help.


I don't know what made me do it, but I stopped to see what his reaction would be to the toxic non-visible fog that refused to dissipate. Have you ever been TORN IN TWO DIFFERENT DIRECTIONS EMOTIONALLY?

Here's what I mean, and I'm sure some of you at least will be able to relate. I could've warned that poor clerk, but didn't. I simply watched as he walked into an invisible, and apparently indestructible, wall of odor so terrible that all he could do before gathering his senses and running, was to stand there blinking and waving his arms about his head as though trying to ward off angry bees. This, of course, made me feel terrible, but then made me laugh . . . . . . . . BIG mistake!!!!!


Here's the thing. When you laugh, it's hard to keep things 'clamped down', if you know what I mean. With each new guffaw an explosive issue burst forth from my nether region. Some were so loud and echoing that I was later told a few folks in other aisles had ducked, fearing that someone was robbing the store and firing off a shotgun. Suddenly things were no longer funny . 'It' was coming, and I raced off through the store towards the toilet, laying down a cloud the whole way, praying that I'd make it before the grand explosion took place.

Luck was on my side. Just in the nick of time I got to the john, began the inevitable 'Oh my God', floating above the toilet seat because my ass is burning SO BAD, purging. One poor fellow walked in while I was in the middle of what is the true meaning of 'Shock and Awe'. He made a gagging sound, and disgustedly said, "SON-OF-A-BITCH! DID IT SMELL THAT BAD WHEN YOU ATE IT?" then quickly left.


Once finished and I left the restroom, reacquired my partially filled cart intending to carry on with my shopping when a store employee approached me and said, 'Sir, you might want to step outside for a few minutes. It appears some prankster set off a stink bomb in the store. The manager is going to run the vent fans on high for a minute or two which ought to take care of the problem.'


My smirking of course set me off again, causing residual gases to escape me. The employee took one sniff, jumped back pulling his shirt up to cover his nose and, pointing at me in an accusing manner shouted, "IT'S YOU!" then ran off returning moments later with the manager. I was unceremoniously escorted from the premises and asked none too kindly not to return.


Home again without my supplies, I realized that there was nothing to eat but leftover chili, so I consumed two more bowls. The next day I went to shop at Lowes.

I can't say anymore about that because we are in court over the whole matter. Bastards claim they're going to have to repaint the store.